Behind the figures, it is about humanity. It is challenging our hearts and willingness to deliver solidarity on a global scale. This is the unbelievable story of fifteen million people whose villages have been burnt down, ...

The man who's awaken the world about Congo

Wrtten by Reverend Jesse L. Jackson, Sr - Finally, the world met in Geneva on Friday 13th of April to gather the necessary financing to bring relief aid to desperate people of DRCongo. And this, subsequently to the efforts of DRC’s -Prime Minister Samy Badibanga Ntita. It is the first time ever that the International Community met to pledge financing for humanitarian aid to a war-torn country, big as one fourth of the United States, with some of its people unfortunately living in hellish conditions.

This crisis kills every passing second. It kills women, children, and men who have fled the violence, hidden in the forest or even further away, and have nothing left when they return. This disaster could soon claim between one and two million lives if humanitarian aid is not funded.

Written By Samy Badibanga - Democratic Republic of Congo, February 9, 2018/ -- The political conundrum of the elections has blinded us all: the emergency in DR Congo is political as much as it is human and humanitarian. Of course, everything must be done so that the Congolese people can choose their leaders at the end of 2018. But, at the beginning of 2018, the top priority is to protect the lives of 13 million people threatened by the ongoing humanitarian crisis in Kasai, Kivu, Tanganyika and other provinces of the Congo. And this requires an International Donor Conference in order to raise the $1.68 billion for the United Nations humanitarian response plan for the Congo. 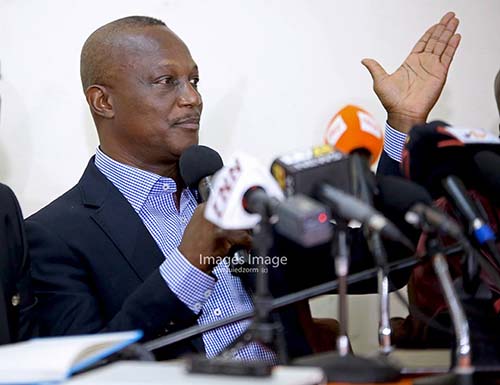 Ghana’s failure to qualify for next year’s African Nations Championship (CHAN) for the second time running presents very challenging times for the Ghana Football Association and national coach Kwasi Appiah who failed in his first major test. While some want to deal leniently with Appiah because he spent barely a little over two months to prepare the team, the buck still stops at his doorstep as the head coach as he would have milked the plaudits if the Black Stars B had made it to Kenya 2018. 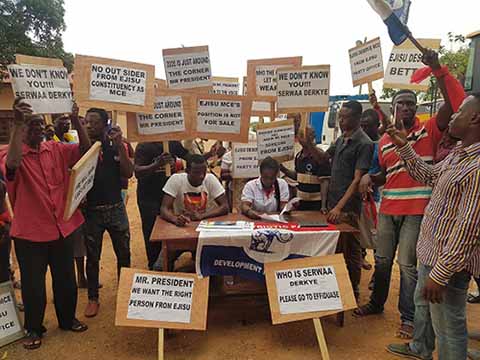 Vigilante Groups In Politics – Rule of Law Must Prevail

Ghana has been touted by many as one of the most peaceful and exemplary countries in Africa due to her ability to rely on the ballot box for political leadership and peace in the wake of civil unrest that has plagued several of her neighbors in the past.